The Institute of Eventology®: 30 Years in the Making as of July 2020. How FUNDING advances The Arts & Dreams realized.

CHECK OUT BLOG #1283 DATED:
Wednesday, May 16, 2018
ENTITLED:
YOU can now make a Difference in how every DAY is lead: Eventology at 30. The Special Events that move and influence The Masses into Action, all powered up by 1 Personality: ASK: AdrienneSiouxKoopersmith.
tinyurl.com/y7awsum2


for more Insights besides those expressed below. 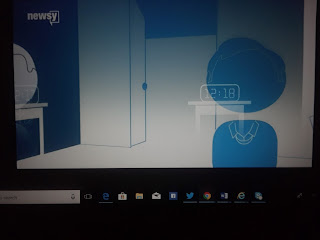 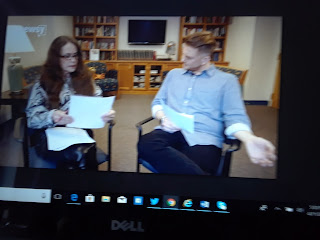 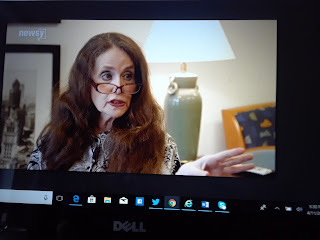 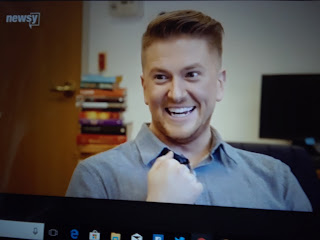 "The undisputed Champ of Holiday Creation"
in an in-depth Article on February 26, 2018.
To date,
Koopersmith is the only Person(ality) in the Event-Making Industry
to rake-in Four Illustrious Titles
of that distinctive Caliber, Magnitude & Nature.

Koopersmith is also know as:

Called an Odyssey-in-The-Making,
this is how you can be immediately aligned with
the most popular  POP Culture Movement of The 21st Century
as a Backer, Supporter and/or Sponsor.

With The Arrival of 2018, an Anticipation & Buzz fills The Air that activates other Creative Projects to occur. That's especially fascinating when one seriously considers The EVENTS in their Life.  As "America's Premier Eventologist," I design and dabble in HOLIDATES - The Special EVENTS in our Lives -  no one else would think of and/or about.

THE BACKSTORY REVEALED:  However, TIME keeps ticking on. To every Subject & Topic an important Backstory accompanies it, like its own trusty Shadow lurking but always within View.  An important Point that now needs to be clarified and stressed (as 2020 approaches) which is The Thirtieth Year Anniversary & Milestone that I created and launched:

is that I have NO Heirs in which to pass this colossal Body of Work over (to). Plus, the blunt Reality Check is that no one thinks, conceptualizes or executes in The Ways or Manner that I do, in putting ‘THE POP’ into POPular Culture.” The only Solution is this Complex Network must be housed in what I call:

THE INSTITUTE OF EVENTOLOGY
that is explained later after this Intro.

Mellody Hobson commented in March, 2013: “Adrienne, you are quite the Creative Genius.”

Aided by The Generosity of Angel Investors & Philanthropists, this immense Body of Colossal Work that has brought nothing but Joy & Profit to Millions of People across The Planet can finally have a “Home” in which I can eagerly dig-in and continue producing and revising these Great Works & Words (that constantly evolve as I grow older), hopefully for the next Thirty (30) Plus Years.

This is the Best Investment a Contributor can make.

DEADLINE DATE:  Saturday, July 25, 2020 [at 9:4 PM CST] marks The Milestone Date in Calendrical History - the Paramount Thirtieth Year Anniversary of EVENTOLOGY’s Entrance on to The Public Stage. I have spent nearly Half of my Life, perfecting The Days of our Lives, especially to those who are habitually denied The Pleasantries of Living a Full Life due to their own Foibles and Mistakes. This Grand Statement forms The Core Root of EVENTOLOGY.

For those of you who did not know, this Literary Genre (containing over 1,900 Entries) is what I call:

AESOP’s FABLES
with The Addition of an Action Activity
attached to every Day of The Year.

Always loving AESOP’s FABLES as a Child, I was pleasantly surprised to find one day (as I was studying Word Construction) that his Name: AESOP’s is embedded in mine:

that adds a delightful Conversational Slant into “Why Writers Write” as We do.  Having single-handedly created the largest Living Collection of HOLIDATES (defined as:  Goodwill, Humanitarian, Altruistic, Educational, Recreational, Fun-Time & Fun-Type Holidays) to date, The Golden Rule (of Living Life) can be restored to Civilization signifying Humanity is not rotting away, dead, forgotten and strewn by the Wayside, but alive and well, but merely in need of a Financial Fix in order for it to continue as it should and must.

Won’t you be one of those that make “that Difference.”


Basics about this Project: EVENTOLOGY follows.  You may eMail me directly at:

for any and all Questions and/or Queries you may have. Feel free to pass this Blog whose abbreviated address is:

to any of your Network Members wishing to get a Leg up in The PRAM: Public Relations - Advertising - Marketing as well as Ideation & Branding Industries.  When it comes to Originality, EVENTOLOGY tops The List.


"Thank you for the Privilege of your Time,"

a most poignant and eloquent Quote by Jose Diaz-Balart of NBC Nightly News (on Saturdays) that sums up the Sentiment best.


EVENTOLOGY is The Art of Event-Making in which I have created over 1,900  HOLIDATES TO CELEBRATE (in 34 precise Categories) since July 25, 1990 at 9:45 PM CST.  "Doing the Math," I realized a few weeks ago that 2020 will mark this Literary Format and Genre's 30th Year of Establishment.  Therefore, it's time that the:

be created in order to house and highlight the Great Strides that I have made to date, that includes a vast Array of Events & Media Notices that have effectively touched The LIVES of so many - in so many different Regions in so many diverse Ways.

Calling upon my Associates and Network, I will be soliciting FUNDS (of all Amounts) in order to do this via a FUNDRAISER. It is my hope to purchase a Chicago Property (by Mid-Summer of 2018) that is conducive to EVENTOLOGY's Needs as I expand the EVENTOLOGICAL Scope moreso with the Aid of the countless Friends I've secured on Social Media the last 7 years and my Blog Writings that span a greater Period of Time.  Those Individuals & Corporations wishing to contribute will be designated as Sponsors and will receive PRAM: Public Relations - Advertising & Marketing Assistance from me in their Monthly Pursuits as Gratitude towards their Support.

to discuss this Golden Opportunity to support one of the most astounding Literary, Word-On-Word Creative Endeavors to emanate from "The Midwest" - from "The Heartland" that penetrates and affects us all.


TITLES ASIDE:  Deemed as:

"The Premier Eventologist in The History of The World"
by Eric Zorn of the Chicago Tribune
Chicago, IL USA
January, 2001

it is my Honor, Privilege and Legacy to have created this Endeavor that (in a nutshell) is not only a Literary Masterpiece in its Entirety but registers as a definitive Way in which Addictions can be beat; allayed and stopped; thereby bringing those afflicted to a better spot and place in their Lives and those Lives about them.  Heavy, I know, but that's how EVENTOLOGY works.  My recent NPR Interview with Planet Money's Kenny Malone divulged that Info and Koopersmithian Code of Kindness that I have spread, distributed and instigated for nearly 1/2 of my Life-to-date.


Looking forward to hearing from you.


"The Times behind;
The Times ahead;
The Times happening now at this very Moment
all signify EVENTS.
Make yours as meaningful as those created by:

"The Premier Eventologist in The History of The World"
ASK: Adrienne Sioux Koopersmith."

҈
Posted by Adrienne Sioux Koopersmith at 11:27 AM No comments: