ASK Koopersmith launches comprehensive FAMILY Oriented Holidate to heal those of Violence both in and outside of the Home. 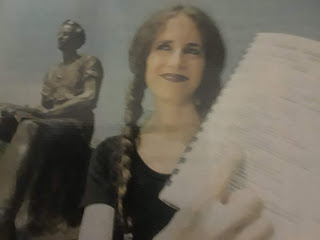 A Year devoted to The Dynamics that interfere with a Healthy Life & Lifestyle as previously assumed by Families who are hurt, troubled and become The Victim of a Spouse who crosses the Line…


As #Americas_Premier_Eventologist my newest #HOLIDATE in order 4 #Families 2 heal in lite of all this Familial Conflict & Disruption's called:  #ShatteredFamily_Days running now thru #May_25_2019. Ban 2gether 2 give #COMFORT 2 those who R shocked by this Chaos; so its non-repeat

1)  picking up “The Broken Pieces” and Heartache so that Family Members (from the Smallest to the remaining Parent) realize and do not become victimized all the more.


This is 1 of 30+ Family based HOLIDATES I have created since July 25, 1990 at 9:45 PM, nearly 30 years ago come 2020.  Being extremely similar in vein, Wounded Warrior Days ©1995 was launched after Timothy McVeigh’s Attack on the Murrah Federal Building in Oklahoma City, Oklahoma.  A General Theme of  Humanity stretches across the more serious HOLIDATES on this Roster.


You don’t need to have a Daddy who is an influential Hollywood Movie Mogul to mess-up your Life.  Adultery & Misconduct (inclusive of unwanted Sexual  Encounters leading to Allegations & Convictions) can and do happen at all Levels of 21ST Century Life. If We were to trace it back, We’d find its Roots in the Days of Adam & Eve. Called to the Forefront now (moreso than ever) because of Social Media’s Impact and The Fact that as Dee Snider’s Song Reveals, “We are not going to take IT” anymore, We can now find others who are Kindred Spirits.


While I wrote and composed this HOLIDATE 7 months before Christmas when FAMILY is to be celebratory and in a festive mood, this Year will be far different for many Families that we may be in or know.


While I wrote and composed this HOLIDATE, it dawned on me that my Father, the notable Louis Koopersmith (1925-1979), Mayor of Mendota, Illinois 61342 (a Midwest Farming Community of 7000 people located 100 miles southwest of Chicago) was a Philanderer. He allegedly had another Family “on the Side” and fathered Lola’s (yes, her name was Lola) 3 Kids while putting on the Mild Manner Actions of The Mayor of the Town, the most popular Mayor of nearly 16 years in office.  Leading to an unprecedented grizzly Divorce (to that Point in Illinois Legal History) in which I was forced to go home (from July of 1976 – November, 1977) leaving my Advertising Job in Chicago and care (ie: act as a Witness) for my Mother since “Dad” threatened to kill her, I was swept up in The Bickering of 2 Adults acting like Juveniles all in the Name of who had the most Money and who wanted to put another 25 years into a Marriage that should never have taken place period.  Beyond Irreconcilable Differences, Parents are able to scar their Children in so many Ways. It may take Decades until they realize they are “Damaged Goods.”  Yet, entering The World as a “Bundle of Joy,” The Pitfalls of Life have to be addressed so that Outcries for Help as We are constantly seeing on the Nightly News with School Shootings are halted.


The Bottom Line is that Koopersmith Family Dilemma ended 42 years ago.  But it did not. At that Time the only other Family to experience a Divorce was The Stockhus Family: Bill and Nancy are/were the Parents.  Bill married into Big Money as Nancy’s Family was loaded; Nancy was a confirmed Alcoholic and was our town’s “Gloria Vanderbilt” in The Sense that she was a “Poor Little Rich Girl” – having the material possessions life could buy and offer her, but not The Genuine Happiness that We all seek.  David and Mark were their 2 Sons, tall,  handsome and very blond.  Surfer like in Stance although Mendota was no where close to an Ocean.  Sally & Henry were their Two (2) Beagles.  At least, Nancy & Bill were smart enough to get “The Boys” Pets in order to allay what happened behind “Closed Doors.”


The Stockhus Family lived one house away from us in Mendota.  Sad to say, David committed Suicide in early May of 2017, not that long ago as what he saw as his Life as falling apart.  For two years before the Event, We reconnected and chatted by phone about “Adult Children of Divorced Parents” – nearly as We would -- had we attended a 12 Step Alcoholics Anonymous Meeting. Although I had not spoken to David or his Brother Mark (living on the West Coast) for 50 years, our Stories were uncannily parallel. We did all meet in August of 2015 for my 45TH Year High School Class Reunion, a bittersweet Event at that.


INSERT:  My SPY: Suicide Prevention Year ©2017 was created in Remembrance of David as well as Jim Vincent (another Mendotan) who took his own Life in the early 1970s.  A friend of my Brother’s, “Vince” as we called him went to Nam, Viet Nam, and could not re-adjust to civilian life. On a quiet morning without giving anyone a clue to his depression and PTSD (known as Shell Shock 40+ years ago), he drove to Chicago (a 100 mile Journey) where he drove his car into Lake Michigan behind McCormick Place, drowning.


What those Families and Friends suffered after “THE ACT” had taken place will always be imbued in their Hearts and Minds and carve out what Decisions and Choices they make for the Rest of their Lives.  Therefore, whether it is a:


b) A Coping Mechanism that’s gone awry or


c) A Feud between 2 People who should act MORE adult and take their Responsibilities seriously,


We are indeed living in Troubled Times where if the Terrorists don’t GET US, the Weather will.  The last thing We need is to find Disruption in what should be the Havens of a loving Home.

UNDERSTANDING THE HUMAN CONDITION FROM THE 60+ YEAR OLD PERSPECTIVE:  How Seniority sheds an entire different Light on Our Fates


Therefore, The Agony & Splinters of Shattered Family Days ©2018 aka:  Shattered Lives Days ©2018 is to assist in taking “The Edge” off of Everyone since no one is immune from the Struggles of Daily Life.


For Queries or Questions or to book an Interview, please contact me at:


In order to set a suitable Time in which to discuss these Pointers more(so).

For more Info on this Lifestyle Alternative:


Heralding the 1900+ HOLIDATES in 34 Categories
I have created for The Betterment of Society
&
those born within  and sharing "My Era."

Posted by Adrienne Sioux Koopersmith at 4:47 AM No comments:

YOU can now make a Difference in how every DAY is lead: Eventology at 30. The Special Events that move and influence The Masses into Action, all powered up by 1 Personality: ASK: AdrienneSiouxKoopersmith.

ASK/Chicago:
I'm raising Funds for The Institute of Eventology. Please donate & share with your Network who appreciates how Original Literature moves, inspires & influences. This Compilation is what I've diligently and persistently set forth for 27+ years since July 25, 1990. Amplifying "The Positive in the Ordinary making it Extraordinary" is now trending across the Planet...of which I am proud to say, I am among those Pioneering Leaders whose Writings span Time and Space.
tinyurl.com/yb6wc7la
SOURCE: @gofundme
#May_16_2018
⚙️


The Institute of Eventology®: 30 Years in the Making as of July 2020. How FUNDING advances The Arts & Dreams realized.
@
tinyurl.com/ldh46mc

for additional Details. I’m a Stickler for those Details that grow every Day with the Continuation of my EVENTOLOGICAL Advancements & Studies.

MY PHOTO GALLERY:
A SAMPLING 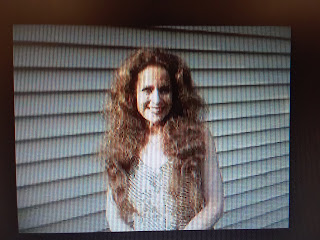 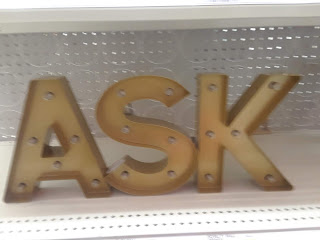 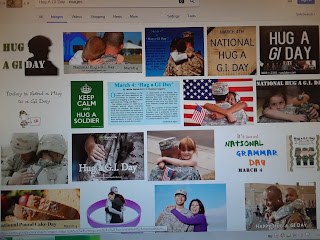 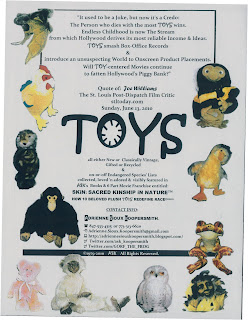 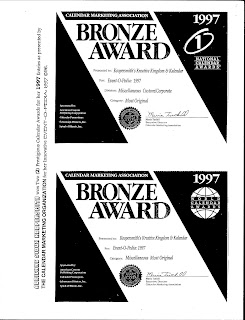 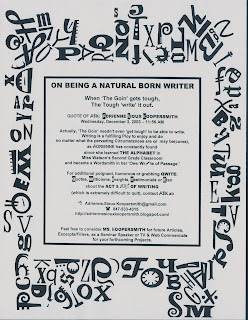 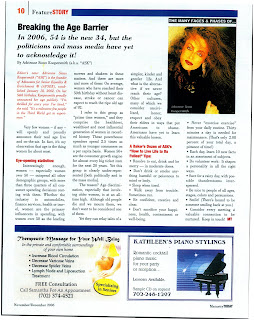 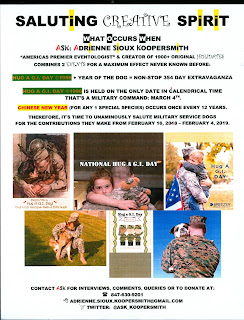 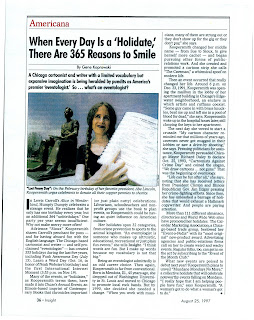 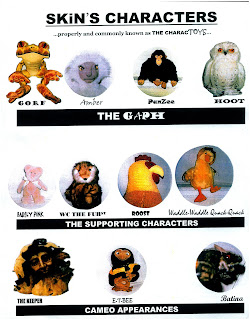 Posted by Adrienne Sioux Koopersmith at 4:13 AM No comments: